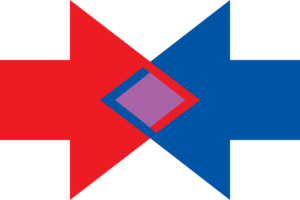 There are still people who are uncomfortable with the decision to not include variable subnet masking in IPv6, and making every end-user subnet a /64.

The latest is a drift before the IETF entitled “IPv6 is Classless” which if adopted would allow differing prefix lengths out to /128. But I would ask why? If you want to see what breaks when deviating from the /64, I recommend reading RFC 7421.

But I have seen corporate guest networks that were /119? I had to think about that one. The line of thinking is that a /119 is like a /23 in IPv4-land, allowing 512 host addresses. But why? When I asked about SLAAC support, the IT guy replied that they don’t support SLAAC (sure, because you need a /64 to support SLAAC). So therefore every Android phone which joins the corporate guest network will not be able to use IPv6. That is an 80% market-share of phones or 4 out of 5, that won’t be using IPv6 on the guest network.

Move beyond the address-scarcity mentality

There are those who would argue that it is a crime against the internet to waste all that address space for a point to point link by using a /64. But I would argue that is IPv4-thinking. An analogy I give is that address space is like breaths of air. When you are scuba diving, every breath counts, that tank on your back only holds so much air and when it is out, it is out. Where as, when we get up in the morning, we don’t think “how many breaths have I taken since I brushed my teeth?” After all, even with air pollution, the Earth’s atmosphere is vast! The scuba tank is IPv4, and the Earth’s atmosphere is IPv6.

Go ahead, take a deep breath, it will be OK to use /64s everywhere.